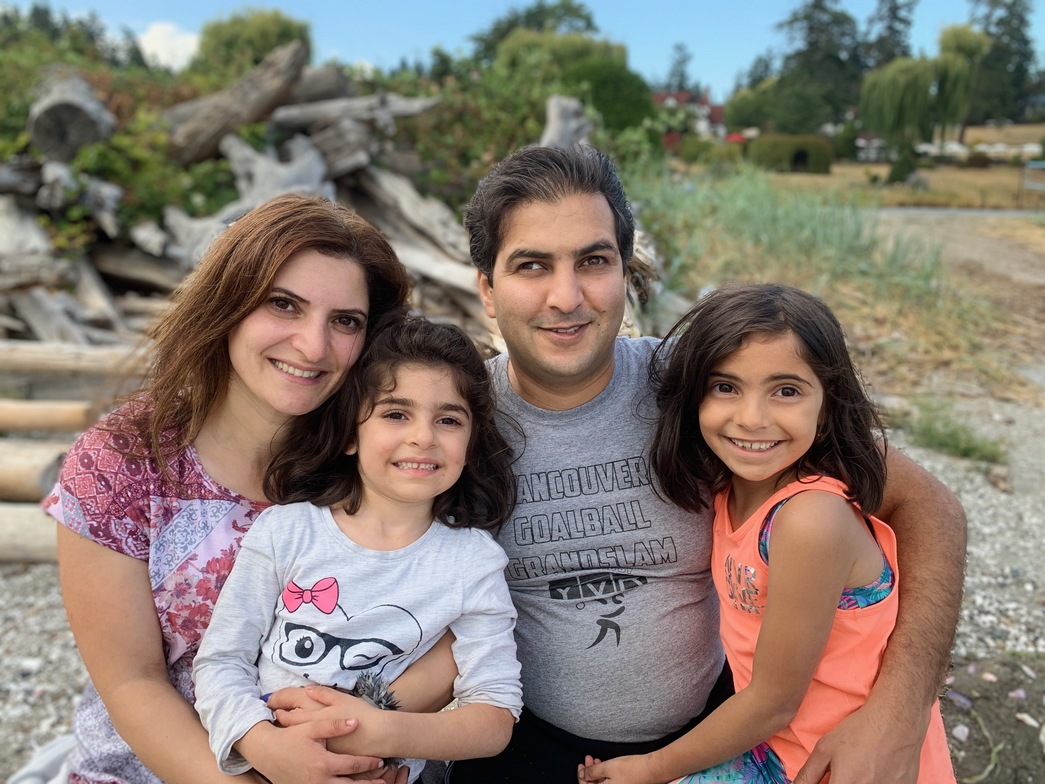 Ahmad Zeividavi was born blind into a family of 7 children. His country, Iran, was in the midst of war. Ahmad’s father passed away when Ahmad was only 6 years old, and his mother had to work very hard to raise this large family on her own. As Ahmad became older he got involved in the Paralympic sport Goalball and played for the Iranian National Team for 4 years. Ahmad left Iran in his early 20’s and became a refugee in Turkey. He arrived in Turkey not knowing anyone, nor the language, and he was completely alone. Ahmad experienced the difficulties, challenges, and confusion that are common to most refugees.    Almost 2 years later, through a miracle, Ahmad was accepted to emigrate to Vancouver, Canada. After settling in Canada and learning some English, he got involved with different refugee settlement agencies through Farsi and Arabic translation work. Having been a refugee, Ahmad really desired to help serve newcomers in practical ways, and this is how the House of Omeed (Hope) was birthed.    Ahmad is now married with 2 beautiful daughters and calls Coquitlam home. He has been able to play Goalball again and has competed in two more Paralympics, as well as internationally, but this time as a member of the Canadian National Team.