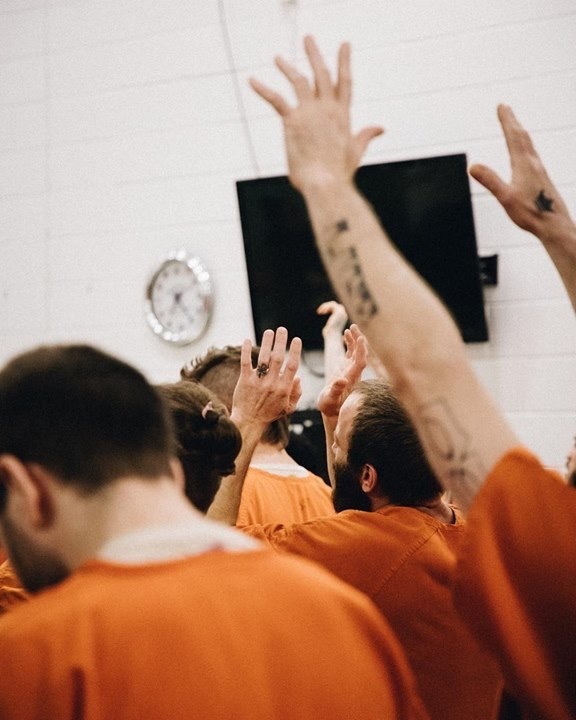 As you know, I am currently not on outreach due to some kidney issues, but my team is still out there! They are travelling around the south east and the mid south states in America, changing lives with the good news of Jesus.

Its unfortunate to not be with my team, but they are doing incredible things and I love hearing their stories. Thank you all for being so supportive. I would love to share some stories and show you all how God is using the seeds you are sowing in prayer, into the States!

Recently, the team went to a jail in Tennessee. They were able to spend two days with the men in this prison. On the second day, the team went to a men's block that hadn't been exposed to the Gospel. They explained to me how amazing it was to worship with these men and tell them about the love of the Father. One student even said, "I have never felt more joy, freedom, and the tangible presence of God in my life"!

One of the Inmates of the county jail walked up to a member on our team and explained, with tears in his eyes, how he will most likely spend the rest of his life in jail. He is convinced he will never see the outside world again. He spoke with our Circuit Rider team member, Josh, for awhile and concluded by saying, " Now as I give my life to the Lord, it doesn't matter whether I serve him outside or inside this cell my whole life. He is worth it all"

How amazing is that!!

For four months another man was stuck in his wheelchair, unable to walk. He was prayed over at the Tennessee county jail and he was HEALED. He stepped out of his wheelchair for the first time in months and fell to the ground in tears. The team continued to pray for individual inmates - for sickness to leave, addiction to leave, anxiety and depression to leave, and to walk out in full healing. Jesus was doing some amazing things in these men.

The team explained that they really felt a shift in the atmosphere when it came to the unity of the jail. The Lord loves using places of sin and bondage to turn around and bring freedom, forgiveness and unity. On these two days, the Lord brought his glory to that jail block and the inmates were changed.

40+ men were saved. Many were healed, set free from addiction, delivered and encountered the love of Jesus for the first time!

Thanks so much for your support and continually praying for my team. Lives are being changed.