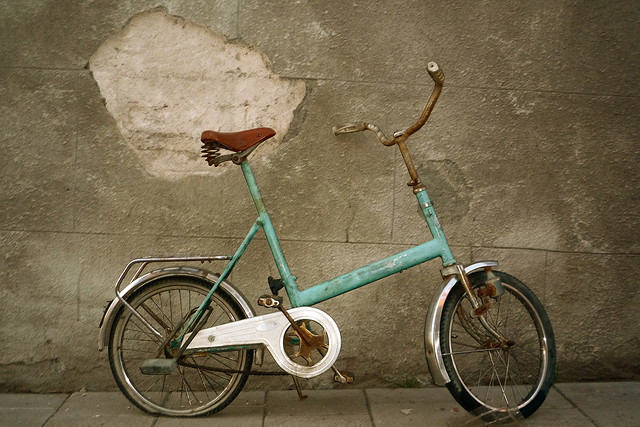 I don’t ride bikes—not normally, anyways.  But for my dear friend David I secured a sweet ride, donned the skimpiest biking shorts in my possession, and I rode.

I’ve known David for the better part of 10 years and over that time I saw what everyone else saw:  He liked to laugh, but loved to make you laugh.  He lived for his friends—the kind of guy that would walk you home at 2am, just to make sure you got there safely.  He was a man of honor.  One of David’s mottos was “no man left behind.”  It was a code he lived by—a code he extended to the myriad of ladies in his life.  Ha!

You didn’t call David your friend; you called him your brother.

So, when an opportunity came to honor his name I jumped on it—a bike that is.  Ride Don’t Hide is an annual bike ride with the goal of ending the stigma around mental illness and strengthening and supporting the mental health of everyone.   I took my place alongside ten of his friends, plus my two “willing” kids in tow, and together we rode for David.

As we leisurely cruised the streets of Vancouver I thought of my friend.  I began to wonder how riding a bike with a thousand other people honored my brother.  What was this all about?

There are times in life when you can get caught up doing a task but fail to step back and appreciate and understand something deeper, something more meaningful.  As I rode I wanted to take that step back to see the bigger picture, to reflect, to understand, to do more than just ride.  So as I sat in my seat, that strangely resembled the head of a pick-axe and left my caboose feeling like I had been sitting on, well, on the head of a pick-axe, I took it all in.  I wondered what I should take away with me, I wondered how I could honor the man that we all missed dearly.

We were about 7 Kilometers into our 10K ride when I noticed that three people from our group, including my wife Gina, were no longer riding in the pack.  We pulled over and waited.

Something must have gone wrong, because they had been keeping up pace for most of the ride, until now.  I remembered David’s motto: No man left behind.  I speedily turned my bike-turned-noble-steed around and galloped off in valiant search of the “fallen” riders.  David would have done the same.

When I found the missing trio they were dealing with Gina’s broken bike (never buy a bike on craigslist).  The gears had broken off the axle, which meant you could peddle but you wouldn’t go anywhere.  They were on the phone calling for someone to come with a van to get the broken bike and my wife back to the finish line.  After all, how could she finish the ride with a broken bike?

The thought of not finishing as a group felt like failure to me.  I’m sure David wouldn’t have minded, but for me there was no way we weren’t finishing that ride together.  I gave Gina my bike and I took the craigslist failure and rode it like a scooter, sitting in the seat and propelling it forward with one kick of the leg at a time.  Of course, the group laughed.  I felt like my friend—he liked making you laugh.  I was pretty fast at first.  It’s quite amazing how much energy you can have then you’re showing off.  I flew past the rest of our team—me and my broken bike.

After about a kilometer things got difficult.  My paced slowed, my legs fatigued, I wondered if I could actually finish.  Riders were flying past me, cycling with seemingly effortless revolutions.  I began to envy how easy it was for them.

That was of course until the blessed down hill.  Picking up speed I felt like I was going to make it.  Everything was going to be okay.  I can do this, I said to myself.  It didn’t last long, of course.  I learned the reverse-Newtonian law of biking: for every downhill there is an equal and opposite uphill.  So for the last three kilometers of my ride I experienced the thrill and hope of the downhill along with the despair and frustration of the up.

That’s what life is like when you’re riding a broken bike.

It didn’t take me long to make the connection.  David, in a manner of speaking, had been riding a broken bike.  I began to recall our countless conversations.  Some of them sounded like he was cruising down the hill, confident, optimistic, believing he could take the world by storm.  Other times he was straining to make his way up hill, watching others speed past him with such ease.  I remember him asking me on a few occasions why life seemed so easy for other people.  That’s what life is like when you’re riding a broken bike, when you are dealing with mental illness.

I started my ride wanting to honor my friend, I ended with a small window into his experience.

Part of me wanted to stop, but you know what kept me going?  It was the other riders on our team.  From time to time they would check in on me or ride with me for a while.  “You’re doing it!” they would say.  I knew we were in it together and that kept me going.

No matter what bike you’re riding these days, no matter what shape it’s in, I’m riding with you.  And it’s not just me.  There are many others who are riding alongside.  Some of us know what you’re feeling because we’re riding a similar bike.  Others of us have only experienced a small window into what it’s like for you.  But be sure of this: we ride together.  There is friendship and hope when we ride together.  There is healing.

We’d be honored to ride with you.